The other day I was told how perfect my little Icelandic mare was for trail riding/hacking out and how lucky I was to have such a good horse. No and no! She is far from the perfect horse for trail riding/hacking out and it is not luck that she does so quite well now with me. I have put in so many, many hours of training to get her there. She is actually quite afraid of a lot of the sounds, smells and sights that we meet outside the home grounds so she prefers to stay at home. However, through all my training she has become better at hacking out and sometimes seems to enjoy herself.

When she was younger and more untrained she would refuse to leave the grounds. She would turn around, rear up, freeze and many other behaviours. Part of it was separation anxiety and part of it was probably the fear of the unknown. Probably because we can never know for sure. The rides out on her were not fur nor relaxing nor enjoyable. So, we had to do something about that.

First of I started taking her out with other horses only, so she could deal with new surroundings without also dealing with her separation anxiety at the same time. In the beginning we just did very small hacks back and forth but this only seemed to make her resolution to turn around stronger. I found a very small trail where we could go around and thereby not be going out and home on the same path, avoiding turning around. This was a major part in changing her behaviour. Now, if she wanted to go home, she had to keep moving forward.

We kept on practicing. In the beginning we did only one trail to make that safe and easy-going. Later we would vary it with trying to go out alone or going out on a new trail with other horses for support. And within a few years she became quite good at hacking out in most circumstances. 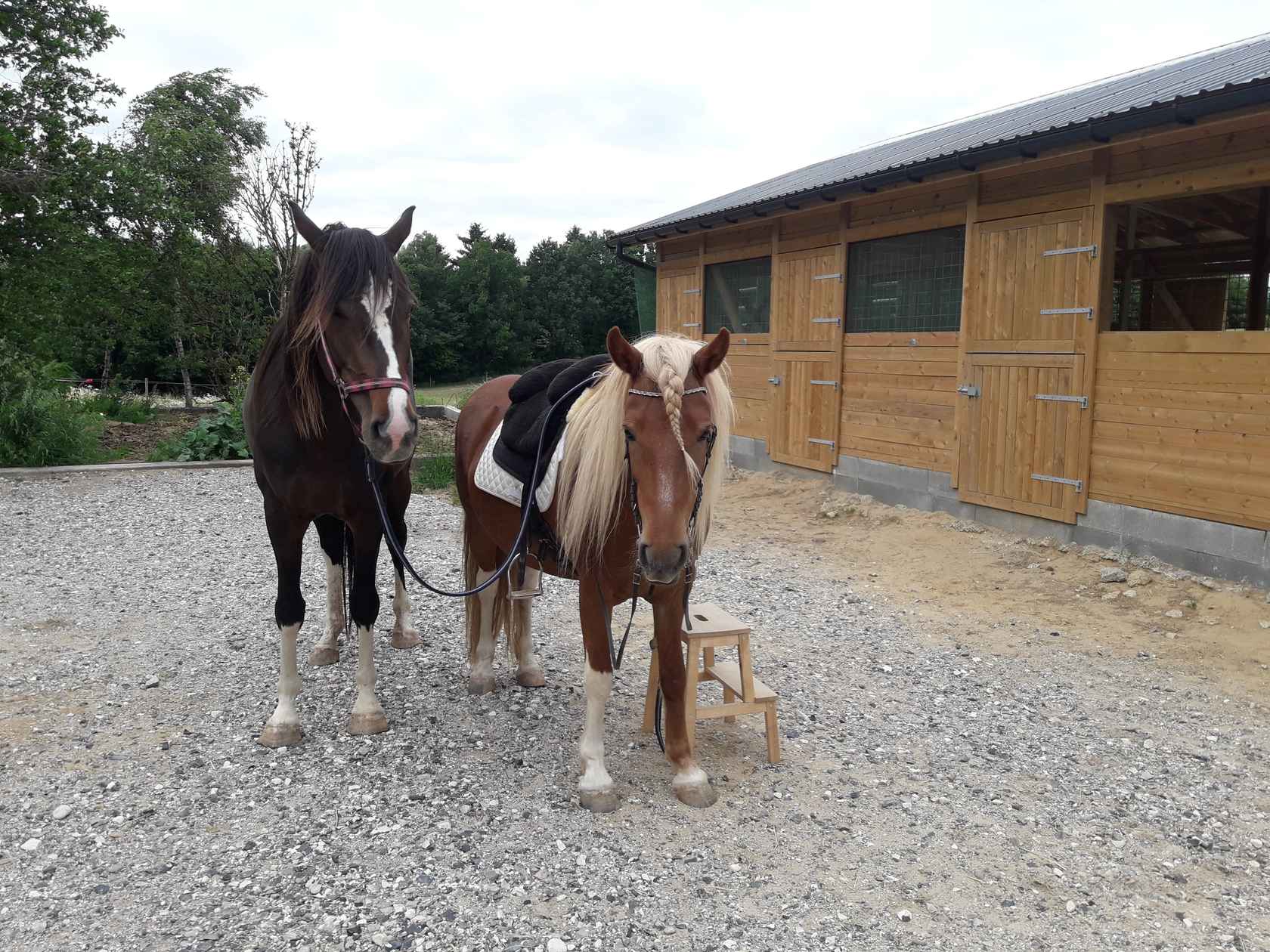 Vinur is a natural at hacking out. He enjoys it and loves the new sights, smells and sounds. Celina is quite young and hasn't met so much, so there are a lot of scary things out in the world. However, she is already becoming quite adept at hacking out by the side of Rák and she will be a whole different kind of trail horse, reminding me more of Vinur than of Rák. Both Vinur and Celina are looking at the new surrounding with interest and curiosity. Ráks is looking at the new surroundings with suspicion, fearing a tiger to jump out of the woods. And I think it will be many more yours of training before she will let go of that deep fear.

For now, we are at a very good place; she has become so comfortable that I can manage her easily in most situations and I can use her for taking the others out by hand - which in turn helps her be more calm as she is not alone in a frightening world. But I also know when something is under foot and what I have to do to avoid her turning around. When others ride her, they have a more difficult time hacking her out. Sometimes she manages to sneak into a field with my husband, munching the grass before he registers that she changed direction. She is by far not the perfect horse for trail riding/hacking out and her abilities haven't come by themselves. It has been done through patient and proper training that has taken her particular challenges into account. In the end good training makes it all look very easy and doesn't tell of your hard work and achievements.