Problems with Your Tack Or?

I think we have all seen these posts, if we engage on social media. And there are so many people coming with advice on which bit they have had success with for their horses. Often the most common factor is that it is a bit, that is able to exert more pressure or pain than the one before. Maybe it has a lever effect or maybe it is designed in some other sneaky way so it feels lighter and easier for the rider, but more painful for the horse.

What I feel like screaming at all these posts is:

It's the rider’s hands, it's the horses understanding of the signals, it is the rider asking too much of the horse’s mind and body. Most often it is not the tack or the bit, that is the problem. I know that the tack industry would surely love for you to believe that their very expensive piece of tack is going to solve your problems. But in reality, it mostly just postpones the problem for a little while if it doesn't end worse all together.

We see all kinds of different equipment being developed and people readily buy one more expensive bit after the other. When the bit doesn't do the trick and the horse is still going behind the vertical you see people trying to buy a new anatomical bridle that promises to get the horse on the vertical (and yes, there are sold bridles where the manufacturers are promising this, and I have read about the reason and i do NOT believe it will solve the problems for 99.99% of the cases). People are spending so much money on unnecessary tack for their horses. Most horses, when trained in a good manner, will work fine on a well fitted bit, a simple headstall/neckpiece without nosebands, a pair of reins and a well fitted saddle (and of course girth etc. for the saddle).

And that is why I most often want to say: It's not the bit! It's not the tack that will make your horse perform better! 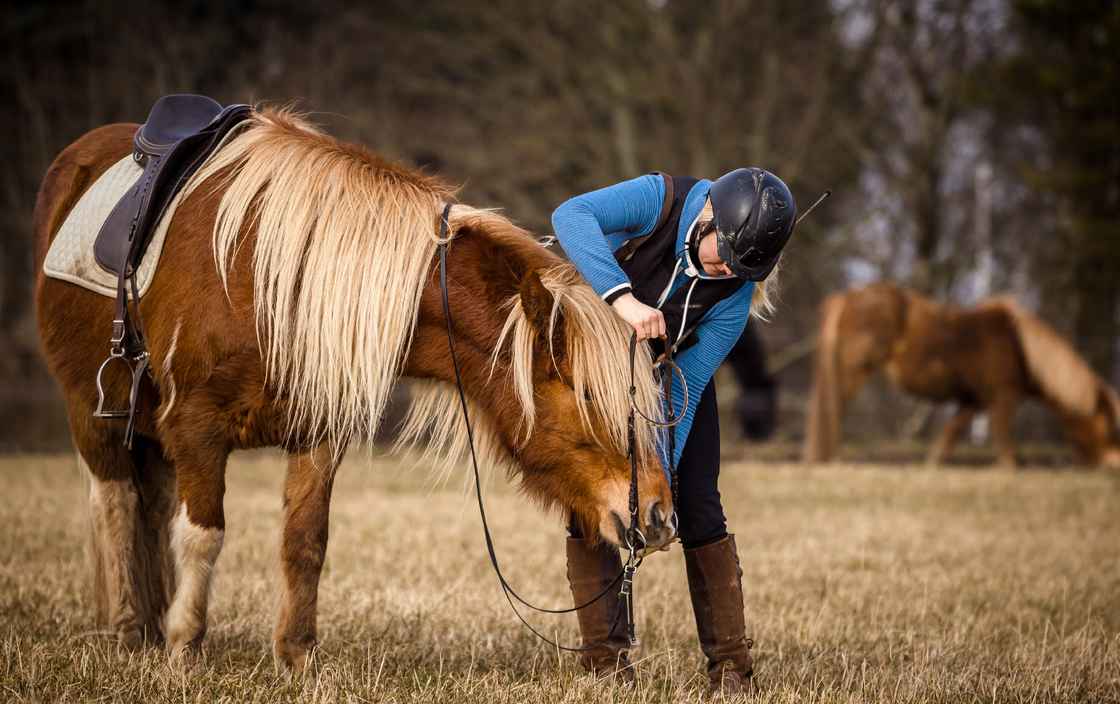 The most common problems I see are:

1. Lack of Understanding or Bad Habits in Signal Training

In many cases - maybe most cases - the bit-issues can be solved by helping the horse to understand the signal. Most often this is not the horses fault - it is US, as the riders and trainers, who are too vague, confusing or inconsequent with the signals and thus teaching the horse to be either a) confused about the signals actual meaning or b) deaf to its meaning, because it doesn't mean something in 90% of the cases or c) the horse simply has no clue since he's never been taught what the signal means.

Please let me elaborate a little on this. If we take scenario a) with the confused horse we will often see conflict behaviour. The problems here often arise because we are not clear in what we want our signals to mean or we allow several meanings for each signal. A lot of riders use the reins actively to get the horse "in frame" with the head down, and at the same time they expect the horse to also - in some situations - stop when feeling pressure on the reins. And then the riders get frustrated when the horse mixes these two things up. Maybe the horse stops when the rider actually meant "take your head down" and is punished for this and kicked forwards. Next time, when the rider might actually mean "stop" with this signal, the horse thinks "that was the wrong answer last time, so now I will try to bend my neck". As you might have guessed the rider becomes frustrated and pulls even harder on the reins. And I think most of us have been there - me included! - feeling frustrated and in hindsight not being very fair to your horse. To help remove your horse’s confusion start having only ONE meaning for every signal. And maybe you have to come up with some more signals, to cover all your meanings.

For the scenario b) with the signal-deaf horse we are still working with unclear signals from the rider.  A signal has to have the SAME meaning EVERY time. You can't ask the horse to stop with your reins and then not have him stop (as a rule of thumb, anyway). How many riders do you see who ask the horse for a half halt, without anything actually happening? What actually happens is that the horse is being pulled on the reins (which we in most circumstances would like to mean "stop"), but the horse continues on, and the rider releases the pressure of the reins and reinforces the horse for moving. Or those riders who have been taught to stop the horse by taking and giving the reins until the horse stops when the rider finally pulls hard enough. I know I was taught this when I was at pony club. Why not just teach the horse that every time, it feels this pressure, it should slow down? Therefore, become aware of which signals your give, when you give them and make sure you get the horse to react every time.

The last scenario, c) where the horse has simply no clue, is again possible to remedy. And it is probably here we should all start - by figuring out whether the horse knows what we are asking. If he can't find the right solution to the signal in the easiest setup possible, then chances are, that he simply does not know what to do. In this case you have to teach him. Apply the signal gently and guide him towards the right answer. As soon as he comes with the slightest hint at the right answer release the pressure and reward him. Keep doing this until he gives you the right answer every time in the easy setup and then move on to different scenarios.

This part is, luckily, quite easy to do something about. All it needs is some awareness from you, the rider. And if you want to learn even more about this, keep an eye on my Equitation Science programme, where you will learn all the skills you need.

2. Stress and Adrenaline Overrules the Signal

Adrenaline has a quite funky and, in many cases, useful feature - it dims our sense of feeling and pain. Which would be pretty smart if you broke your leg and a lion was hunting you. If your body told you "It hurts too bad to run" you would be eaten on the spot. But since you have a good scare from the lion, and maybe also because of the pain, your body is releasing a lot of adrenaline so you don't feel a thing and are able to escape the lion and survive.

Well, pretty much the same happens in horse training. Except it's very seldom that we actually meet a lion. But the horse is very good at imagining lions in the bushes (yes, we humans just aren't able to see them!), so when the horse is a little stressed, the body releases adrenaline and a higher pressure needs to be used to "get through" to the horse. And often we do not follow up on this pressure - maybe because the horse is too frightened to listen or the pressure becomes too high, and then we end up teaching the horse some of the scenarios in the first part of problems covered.

Of course, there are better ways to tackle this than pulling hard on the reins. The best way is to help the horse un-see all of the lions in the bushes. Teaching him, that he is safe, and that he can relax. It is very often when hacking out that people experience these kinds of problems and/or when the horse is alone. Work on slowly making your horse comfortable being alone and being on new strange terrain to help your signals improve in all situations.

This is also something covered in the Equitation Science Online Programme.

3. The Horse's Physics Make the Task Very Hard or the Rider Blocks the Horse

This is the last of the three most common problems that I see - and it is a physical problem or blockade in the horse, starting either in the horse or in the rider. Bottom line: The horse wants to do as it's told, but it is too physically difficult for it to do so. Often, when the problems arise around the bit, it is a blocking in the thoracic sling of the horse. And I promise to write more about this one day. But if you think it could be physically hard then there are a few things you could try:

- Use less pressure on the reins and give your horse more time to adapt his body to the task.
- Train backing-up on a light rein aid.
- Let the horse place his head wherever he likes without you interfering.

Forget the Tack and Start Training for a Good Teamwork

All these common problems that I have described above solve 90% of all the major bit problems. But those solutions require quite a bit of proper training, and that takes time. If you want to help your horse and yourself long-term you are better off taking the long route and doing it right. And I promise that in the process you will get to know your horse better than ever before, and the two of you will become happier with an improved teamwork.

As I final note I want to add that all horse's mouths have different shapes and horses have different preferences for materials. I will try and write a little note about this one day. But for starters, you can start to eliminate the above problems and after that you can evaluate how the horse likes the bit.

Please share your experience with bit-related-problems in the comments below :-)